Solemnly he gave forward and mounted the round gunrest. He faced about and blessed gravely thrice the tower, the surrounding land and the awaking mountains. Then, catching sight of Stephen Dedalus, he bent towards him and made rapid crosses in the air, gurgling in his throat and shaking his head. Stephen Dedalus, displeased and sleepy, leaned his arms on the top of the staircase and looked coldly at the shaking gurgling face that blessed him, equine in its length, and at the light untonsured hair, grained and hued like pale oak.

In 2014, I thought of creating a Bloomsday run.

People celebrate Bloomsday in a variety of ways. Some read parts of Ulysses, some recreate scenes, some dress up and eat a gorgonzola sandwich washed down with some burgundy at Davy Byrne’s, and doubtless some have an assignation at 4 o’clock in the afternoon, though probably not at 7 Eccles Street.

You could pretty run anywhere in Dublin, but why not run from the Tower in Sandycove to Glasnevin Cemetery? It’s about the right distance at 21k, give or take, and there is enough interesting Joyce content along the way. So I ran stretches of it in training and developed what I think is an interesting run. The route was designed to be both entertaining for runners, and also have enough content to make it interesting to readers. Joyce wove his own life and experiences into the stories he wrote and the route interlinks places that Joyce lived, learnt and loved in.

The route starts in the south and works its way north. In this way, it mirrors Joyce’s move from the south of Dublin City and into the north inner city. This journey is mapped in A Portrait of an Artist as a Young Man and it also follows the principal direction of the narrative in Ulysses, which like the run, begins at the Tower at Sandycove.

Having figured out a route and talked to a few runners it seemed like a nice route to run on Bloomsday, but so what, and what next? How could I make it more interesting?

Dublin is full of readers and runners. And lots of Joyce scholars and lots of would-be scholars. But what of those with a passing interest in Joyce, who like the city of Dublin, and like to run about a bit. There are fun runners and there are casual readers. What if we could get some people to run more and some to read more? So the idea of the quiz was born.

The idea is that the run, like many half marathons could be a race. The winner of the race would not necessarily be the fastest runner, or the most knowledgeable scholar. Rather it would be someone who combined a little of both, someone who got out more, but also stayed in and read a bit. The idea of a handicap was born.

A half marathon is just over 21k in distance. So I set 21 questions each relating to the route and Joyce’s life and works. There is more to life than just reading Ulysses. The idea is that you run the route, rest, and then do a quiz. You can pick 21 easy or 21 hard questions. For every easy question you get right you get a minute off your time and for every hard question you get three minutes off. It all adds a little fun to the proceedings.

Okay so having set all the questions and done the first run I am the current leader. I have run the route a number of times and got a little faster. But a club runner who read a little, would easily smash the time.

If you fancy a go, then you can email editor@jj21k.com and I can share the questions with you. 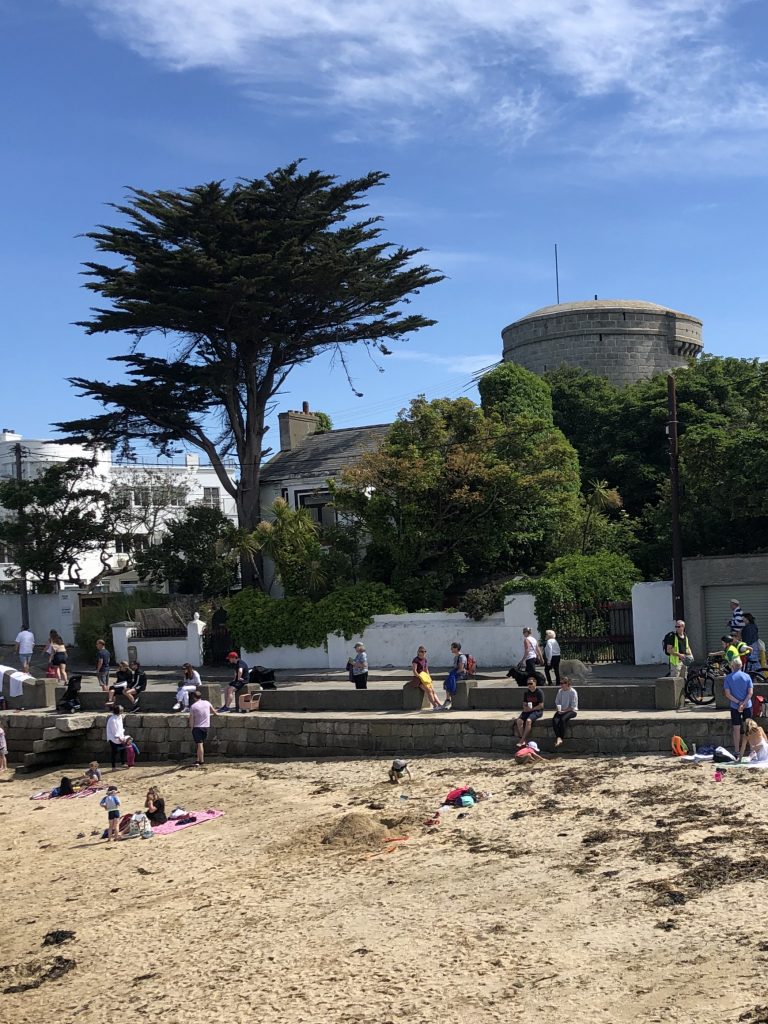 You can see more on my research output on the Technological University Dublin repository Arrow, here

Thanks to Paul Sweeney for being the rabbit and Con Kennedy for the GoPro and logistical support.