Now who is that lankylooking galoot over there in the macintosh?

DEATH OF A LADY AT SYDNEY PARADE
A PAINFUL CASE

Today at the City of Dublin Hospital the Deputy Coroner (in the absence of Mr. Leverett) held an inquest on the body of Mrs Emily Sinico, aged forty-three years, who was killed at Sydney Parade Station yesterday evening. The evidence showed that the deceased lady, while attempting to cross the line, was knocked down by the engine of the ten o’clock slow train from Kingstown, thereby sustaining injuries of the head and right side which led to her death.

I ran to Sydney Parade Train Station and looped around to cross the tracks where Mrs. Sinico was killed by the northbound train in the story from Dubliners, A Painful Case. The story is one of my favourites, possibly because it seems so contemporaneous. It centres around Mr. James Duffy of Chapelizod who meets the married Mrs. Sinico.

Ellmann in James Joyce (page 133) notes that Stanislaus also told in his diary of a meeting with a married woman at a concert, which Joyce took over for his story. On page 39 he notes that Stanislaus had a fight with one of the local boys, “Pisser” Duffy, and was amused when his unforgiving brother gave the name of Duffy to the hero of “A Painful Case,” who in most respects was modelled on Stanislaus.

Duffy is described in the story thus,

Mr. Duffy abhorred anything which betokened physical or mental disorder. A mediæval doctor would have called him saturnine. His face, which carried the entire tale of his years, was of the brown tint of Dublin streets. On his long and rather large head grew dry black hair and a tawny moustache did not quite cover an unamiable mouth. His cheekbones also gave his face a harsh character; but there was no harshness in the eyes which, looking at the world from under their tawny eyebrows, gave the impression of a man ever alert to greet a redeeming instinct in others but often disappointed. He lived at a little distance from his body, regarding his own acts with doubtful side-glances. He had an odd autobiographical habit which led him to compose in his mind from time to time a short sentence about himself containing a subject in the third person and a predicate in the past tense. He never gave alms to beggars and walked firmly, carrying a stout hazel.

Mrs Sinico is killed by a train at Sydney Parade and is remembered by Mr Duffy,

Now that she was gone he understood how lonely her life must have been, sitting night after night alone in that room. His life would be lonely too until he, too, died, ceased to exist, became a memory—if anyone remembered him.

She seemed to be near him in the darkness. At moments he seemed to feel her voice touch his ear, her hand touch his. He stood still to listen. Why had he withheld life from her? Why had he sentenced her to death? He felt his moral nature falling to pieces.

One of the puzzles of Ulysses is who is the 13th man in the macintosh who attends Paddy Dignam’s funeral in Glasnevin. Bloom, who attended Mrs. Sinico’s recent funeral in October 1903 wonders,

“Now who is that lankylooking galoot over there in the macintosh? Now who is he I’d like to know? Now I’d give a trifle to know who he is. Always someone turns up you never dreamt of. A fellow could live on his lonesome all his life. Yes, he could. ”

Love loves to love love. Nurse loves the new chemist. Constable 14A loves Mary Kelly. Gerty MacDowell loves the boy that has the bicycle. M. B. loves a fair gentleman. Li Chi Han lovey up kissy Cha Pu Chow. Jumbo, the elephant, loves Alice, the elephant. Old Mr Verschoyle with the ear trumpet loves old Mrs Verschoyle with the turnedin eye. The man in the brown macintosh loves a lady who is dead. His Majesty the King loves Her Majesty the Queen. Mrs Norman W. Tupper loves officer Taylor. You love a certain person. And this person loves that other person because everybody loves somebody but God loves everybody.

It seems to me that The man in the brown macintosh loves a lady who is dead is James Duffy, who lingers at Glasnevin Cemetery, thinking of the death and of the internment of Mrs Sinico on the 17th October 1903. Mr Duffy ponders his own lonely life and future death, and Bloom too ponders about a man living on his lonesome all his life.

Reality, fiction, life and death are all intertwined over the course of the writings. 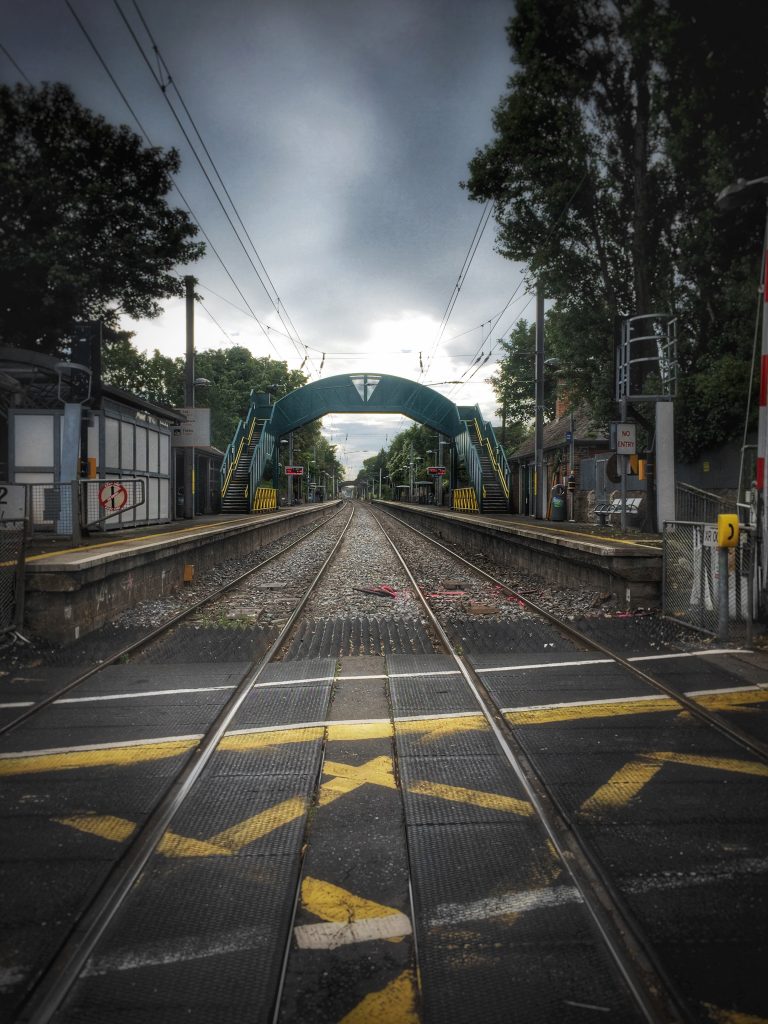