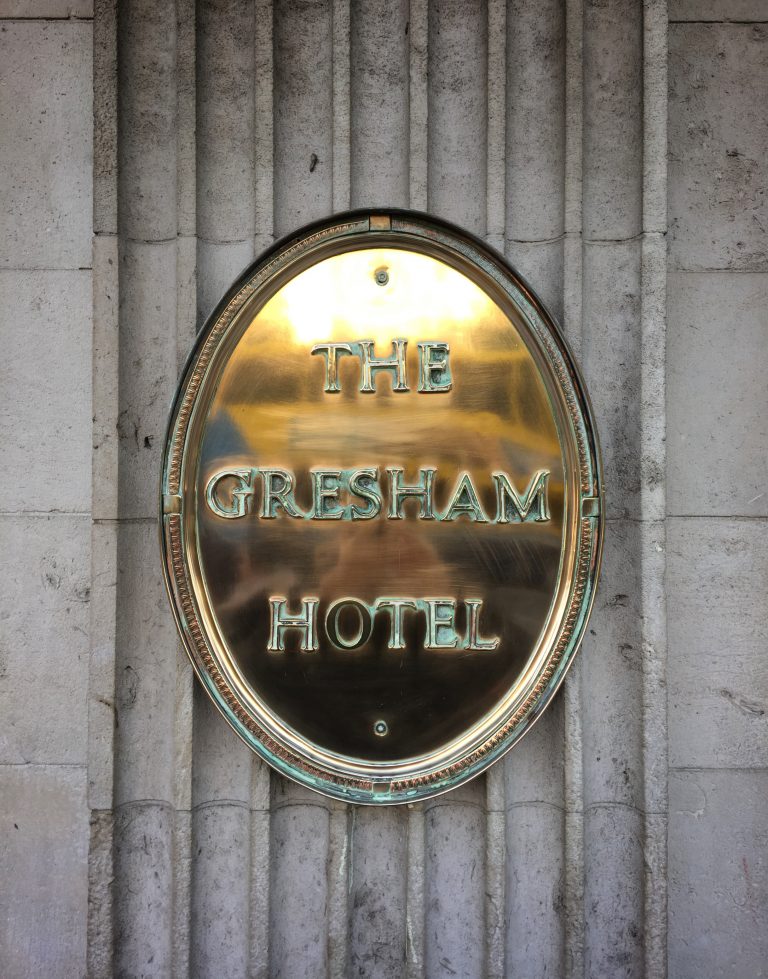 —But tell me, Gabriel, said aunt Kate, with brisk tact. Of course, you’ve seen about the room. Gretta was saying ….—O, the room is all right, replied Gabriel. I’ve taken one in the Gresham.
—To be sure, said aunt Kate, by far the best thing to do. And the children, Gretta, you’re not anxious about them?
—O, for one night, said Mrs Conroy. Besides, Bessie will look after them.
—To be sure, said aunt Kate again. What a comfort it is to have a girl like that, one you can depend on! There’s that Lily, I’m sure I don’t know what has come over her lately. She’s not the girl she was at all.

At 10k, this run is long enough to get a look at the north and south inner city, with places that feature across Joyce’s works. The run begins at the Hotel where the Conroy’s journey ends in The Dead, The Gresham, on Dublin’s O’Connell Street. Like the 5km Belvedere Loop route, this route is designed to be run in a clockwise direction. This run crosses over several of the areas written about in the articles in the reading section.

You run south on O’Connell Street passing the Spire. The Spire replaced the unpopular Nelson’s Pillar which features in Ulysses.

The run goes around the front of Trinity College and runs to the East along Nassua Street. In the distance you can see Finn’s Hotel where young Nora Barnacle was working when James Joyce first met her in 1904.

The run passes the National Library before heading across to the west passing Davy Byrne’s pub when Bloom famously has his Gorgonzola sandwich with a glass of Burgundy. Going along Wicklow Street it passes the International Bar before heading down Andrews Street and as it fades passes the site of Corless’s restaurant that Little Chandler meets Gallagher in the Dubliners story A Little Cloud. The run heads down through Temple Bar before going north of Capel Street in the opposite direction to Chandler.

Going on a loop around the north inner city the run passes the house at 44 Fontenoy Street where Joyce stayed on his visit home from Trieste in 1909. It is here that he wrote his famous letters back to Nora Barnacle. Passing through the scenic Blessington Basin it runs past Joyce’s final house on the north side of the city on Peter’s Road in Phibsborough.The run goes along a nice stretch of the Royal Canal before heading across and down Eccles Street passing Blooms famous house at 7 Eccles Street. The house is no longer there, the site instead occupied by the Mater Private Hospital. But there is a good view head to St. George’s Church which features in Ulysses

Unlike the 5k run, on this one you get to run down the hill from Belvedere with a small section back to the Gresham Hotel.