He’s up in Dottyville with Conolly Norman

—That fellow I was with in the Ship last night, said Buck Mulligan, says you have g.p.i, He’s up in Dottyville with Conolly Norman. General paralysis of the insane!

Dottyville refers to the Richmond District Lunatic Asylum of which Conolly Norman, an alienist or psychiatrist, was the resident medical superintendent. The asylum subsequently became St. Brendan’s Hospital and the area is commonly known as Granagegorman. Conolly Norman died on 23 February 1908 at his home at St Dymphna’s, which is on the North Circular Road, in front of the new Phoenix Care Centre at the north west corner of the new Grangegorman Campus. Despite the proximity of Grangegorman to Glasnevin Cemetery, Conolly Norman is buried in Mount Jerome on the south side of the River Liffey. The cemetery, which opened in 1836 was originally exclusively used for protestant burials.

Joyce understood Dublin keenly and at one stage lived a small distance from Grangegorman in St. Peter’s Terrace, Cabra. He describes Grangegorman in Finnegans Wake as the platauplain of Grangegorman. This phrase hints at the magnificent views across Dublin, but also the biting wind that sweeps across Grangegorman, where the new DIT campus opened in 2014. There is an interesting article about Grangegorman on the Dublin City Council website here

The meanings of words and phrases that Joyce compounded for Finnegans Wake are brilliantly explained on the website www.finwake.com and the Grangegorman reference is explained here if you scroll down to page 236. Dottyville is another obvious compound word. Glynn Anderson writes in his book Birds of Ireland, Facts, Folklore & History that the word Dotty is derived from the dotterel bird, known in Irish as Amadán móinteach, or “bog idiot”, because it was so docile it was easily captured by humans.

Joyce’s daughter Lucia suffered from mental health issues. She went on an ill fated trip to Ireland, arriving on St.Patrick’s Day 1935, where she ran amok and amongst other erratic behaviour, lit a fire in the middle of her room in the house in Meath Road, Bray. There were other bizarre incidents described in detail in Carol Loeb Shloss’s biography  Lucia Joyce, To Dance in the Wake. Joyce eventually found out about the events in Ireland. Brenda Maddox writes,

As all of this went on, Joyce protested that no one wrote to Nora and him. That was not true. Eileen had wired him of her alarm but Joyce brushed her off: ‘The scenes that scared you and Miss Weaver are nothing to speak of. Her mother stood four years of much worse than that.’ Nonetheless he asked Constantine Curran, with his wife and daughter , to drive down to Bray to see what was going on. It did not take them long to see that Lucia was living in disorder and was incapable of looking after herself. Mrs. Curran and Elizabeth sorted out Lucia’s beautiful clothes, which were in a terrible heap. Even as Lucia, who was a heavy smoker, watched them, hew tweed jacket caught fire from a box of matches in her pocket.
Alarmed at what they found, Curran wrote at length to Nora rather than to Joyce. He recommended taking Lucia to see an American-trained psychoanalytic doctor in Dublin. Joyce, annoyed because Curran had not reported directly to him and distrustful of psychoanalysts, cabled immediately that no such appointment was to take place. Joyce was resolved to continue with his strategy of allowing Lucia total freedom, seeing that all medical attempts at restraint had filed, The one thing Lucia hated, he knew, was being under surveillance.

Lucia ended her trip with a three week stay in Farnham House, an asylum in Finglas, just to the north of Grangegorman. She left Ireland in July of the same year. Later she was resident in St.Andrews Hospital, formerly the Northampton General Lunatic Asylum, in Northamptonshire, England, where she lived from 1951 until her death in 1982. Whilst there she had visits from Samuel Beckett and Miss Weaver, Joyce’s patron. It is interesting to speculate that if Joyce had returned to Ireland, Lucia may herself have ended up in Grangegorman. 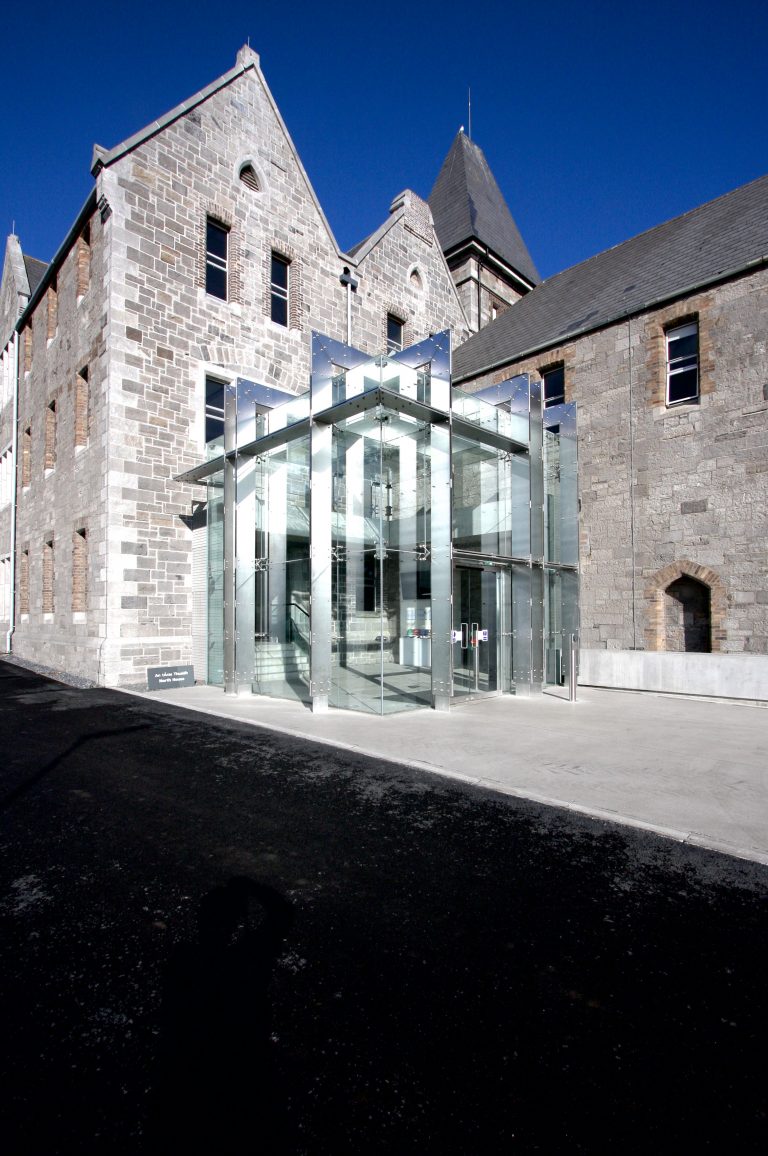